This post may contain affiliate links, by which I may be financially compensated. See Disclosures.

On Saturday morning, October 27th in Squirrel Hill, a beautiful, diverse neighborhood in the east end of Pittsburgh, one man decided to take several guns into a place of worship and kill innocents as they attended services at the Tree of Life synagogue.

By the time he was done, he had killed 11 people, injured 6 others (including 4 police officers), and had been injured, himself. He has now been charged on 44 counts, including hate crime charges.

Hate = Fear. It is caused by fear, and it causes fear.

All because of fear.

I still can't wrap my mind around this! It has hit close to home in ways I am only beginning to process. I used to live in Squirrel Hill, and now live just adjacent, about a mile or two away from the synagogue where this happened. I pass by Tree of Life several times per week at a minimum. I recognize the faces of some of the victims as people I have seen out and about in the community: walking on Forbes or Murray Avenues, shopping at Giant Eagle, or patronizing the library. I see the anguish of many, many friends as they process that people they knew and loved are dead.

Pittsburgh is kind of a small town, after all.


But this blog is about disrupting negativity, right? And all week I've thought, "God, how can I even attempt to disrupt this level of evil? Can anyone?"

I guess I can try to help in in my own small way by showing you the Squirrel Hill I have come to know and love over the last 10 years, by collating stories of people coming together, or by showing you some pieces on what the neighborhood is like. I can also share some resources to help survivors and those who are traumatized. And finally, I can pray and hold space for others.


There's a lot here. Feel free to take in just what you need to take in at this time. Or take it all in. Bookmark it and refer back if you need to. Let's begin:

In typical Pittsburgh tradition, Pittsburghers are REFUSING to take this lying down. They are NOT going to give in to fear and hate, instead rushing to take care of each other as we all recover from this tragedy. This image immediately went viral:

Pittsburghers have come together in several vigils to remember the fallen, pray for the community, and offer support and fellowship to each other. A vigil was held in Squirrel Hill at the heart of the neighborhood, Forbes and Murray Avenues, on Saturday night, October 27th. Soldiers and Sailors Hall was packed and spilling out onto surrounding streets during a vigil on Sunday, October 28th. And on Nextdoor, neighbors across the community chose to leave their porch lights on or candles lit in their windows throughout the night so that darkness would never prevail.

Did you know that Squirrel Hill IS Mr. Roger's neighborhood? Fred Rogers ("Mr. Rogers") used to share a story of his mother telling him that when things are scary, he should look for the helpers. Many of us grew up with Mr. Rogers and the safety, security, friendship and wisdom he offered to us all for decades. I have always taken this story to heart whenever I've been scared, too. The immediate law enforcement and emergency services responses here in Squirrel Hill were amazing. God bless everyone who came out from not only the city's forces but from surrounding communities to assist with everything from capturing the suspect, triaging the injured, to supporting the community and beyond. Additionally, the Red Cross is asking for blood donations, and the response has been overwhelming. If you can, please consider donating blood today. (You can plug in your zip code and find out where to donate.) A local acupuncture business offered free community acupuncture to help those who are traumatized, and therapy dogs have been onsite at the Jewish Federation. I'm sure there are so many other resources that I am not aware of, so if you know of them, please put them in the comments for others to see!

The Muslim community is supporting the Jewish community by fundraising for survivors. The Muslims Unite for Pittsburgh Synagogue campaign has gone utterly viral and they've blown past several fundraising goals already. As they say:

"We wish to respond to evil with good, as our faith instructs us, and send a powerful message of compassion through action. ... Through this campaign, we hope to send a united message from the Jewish and Muslim communities that there is no place for this type of hate and violence in America. We pray that this restores a sense of security and peace to the Jewish-American community who has undoubtedly been shaken by this event."

If you're aware of other legit fundraising campaigns to assist victims and their families, please comment below and share! I can't keep up with all of it. Just goes to show you how people are ready and willing to come together.

The Trib has an article about the things they love about Squirrel Hill. When we moved to Squirrel Hill back in 2008, my husband and I deliberately chose the neighborhood for many reasons. This article barely hints at the wonderful community that exists at Forbes and Murray Avenues, but come and take a glimpse into why we love living in this area so much. Farmers' markets, the Squirrel Hill night market, restaurants, mom and pop shops, a movie theatre, and a beloved library...there is so much to recommend it, and one man's evil actions will not tarnish it.

I'm reading a book on Winston Churchill that I got from the library that is at the heart of the Squirrel Hill neighborhood, so of course, this quote of his popped into my head:

I've always liked that quote when it feels like we're under attack. It got me through 9/11, and it'll get me through this, too. I simply will not bow to terror tactics. I'm including it here in case it gives you strength.

And on another note, prayer is a powerful thing.  The Jewish community has been adhering to customs in a difficult situation, which include sitting shiva and saying the Kaddish. As someone who is not Jewish, I have sought to understand Jewish customs even moreso this week as I talk with neighbors. If you are not Jewish, you can still pray: for the dead, for the community, for unity, for an end to hate, and for peace. A friend of mine prayed with a group of us just a few hours after the attack. She said the Prayer of St. Francis of Assisi, and it provided much peace to me after a day of crying as I watched the news. While I was raised with this prayer as a Catholic, the sentiments apply to the entire world, I think, and you don't need to be Catholic to say it. I'll be saying it daily from here on out. Perhaps it'll help you, too:

O divine Master, grant that I may not so much seek
to be consoled as to console,
to be understood as to understand,
to be loved as to love.
For it is in giving that we receive,
it is in pardoning that we are pardoned,
and it is in dying that we are born to eternal life.


I hope you are taking good care of yourselves after this. Don't be afraid to talk to someone. There are many resources available, and I'm listing some, below:


UPMC resource on coping with grief and loss. 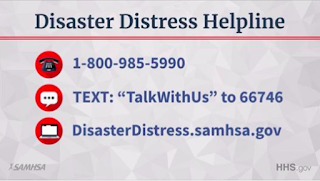 
There is so much more, I'm sure, that I am missing, but again, I couldn't keep up with all of the information flying around. I again invite you to share more resources in the comments if you're aware of them.

In the end, this terrible event will not define the residents of Squirrel Hill and Pittsburgh, except as loving, neighborly people who come together, no matter their differences or backgrounds, to help each other. For me, that is the takeaway that will disrupt the hate we saw last weekend.

Do everything with love. 💛🐝

Disclosure: This post may contain affiliate links, by which I may be financially compensated. See  Disclosures  for more info.  It’s finally...

Following links on this site may result in my earning a fee. As an Amazon Associate I earn from qualifying purchases.